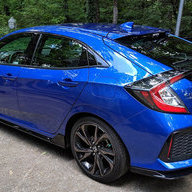 I bought this 2011-17 Honda Odyssey Overhead Console from Ebay for $45. I wasn't able to find a black one in this price range. This isn't unique, but how I handled the illumination dots was. I didn't want to paint over them and I didn't want beige buttons. I had some of this spray paint on hand so I tested it on the console and it looked great. It specifically states that it, "bonds to plastic". I then proceeded to paint all of the buttons and Homelink plate after taking them apart. There were three coats, total, with about 30 minutes between coats.

I prepped the surface with isopropyl alcohol and I wanted to keep the illumination dots so I dabbed on a little bit of Vaseline to the white dots. It looks a little messy and imperfect in the image. It is a bit of a challenge to dab a perfect dot of Vaseline, but the end result looks great. The spray paint sticks to the Vaseline and you just wipe it off when the paint is dry, revealing the dots.

I cut holes in carboard and inserted the buttons, taping from the backside. I didn't want overspray to get on the white plastic that illuminates the dots.

I did pull out the clear plastic part that blinks inside the Homelink icon when you press a button. I used breadboard jumper wires instead of buying a plug/harness: Here you can see where I tested the paint on the Odyssey console and the untouched OE console from my hatchback: Here is the microphone module from my car in the painted Odyssey plate, it was a perfect fit with no mods. he front, you can see there was no additional drilling needed for the microphone, the entire area was open. I shoved the pins of the breadboard connectors into the sunroof harness, they inserted very easily. A tip: Cut away some of the black plastic insulation (makes it easier to get the plug back in the small space) and plug it in. I bent the breadboard wires 90 degrees and used needle-nose pliers to insert the pins after the harness was already plugged in.

The first time I tried, inserted the breadboard connectors first and then tried plugging in the harness, there is so little room, one of them broke off. The harness plugs into the large black area in the image below, horizontal to the console, or 90 degrees from the harness plug with the wires coming out of it in the image. Here it is installed. The white dots are not perfect but you do not view them straight on. Sitting in the car you view at a steep angle and they're so small, you really don't notice they're not perfectly round. They do come on with the headlights. This cost me $45 for the part, $7 for the breadboard connectors and I already had the paint and Vaseline.

I programmed it using this video from the 80's .

Painting and prep was done in one day day, about 30 minutes between coats. The paint remained a bit tacky due to the 50F degree temps in which I was painting, but fully cured in a couple more days in a dry environment.

Maybe someone else can improve on the Vaseline trick, but I wanted to post since I haven't seen anyone do it. 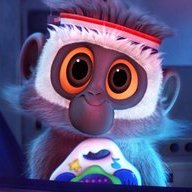 Nice work.
Honda should have installed these from the get-go.
I’ve had an identical Odyssey roof console in a garage cabinet for over a year now.
Sooner or later I’ll install the Homelink component from it into my Touring.
Always something more important to do, unfortunately.
You must log in or register to reply here.
Share:
Facebook Twitter Reddit Email Link