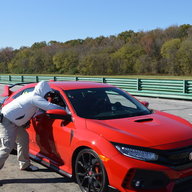 While instructing w/NASA @ VIR this weekend.

Ambient temps were in the mid-90's and a message appeared that the car was too hot and I should pull over/stop driving or something like that. I did not detect power dramatically reduced (aka limp mode).

Rather than pit, I eased off my pace and short-shifted and about half a lap later the message went away, and I resumed pace.

The engine is bone stock.

It would have been interesting to see what triggered the message, but I'm guessing water temp as the gauge was really high.

I've been tracking the car all summer at VIR in similar heat. The only thing I did not do this weekend was open the hood between sessions. Maybe it heat-soaked enough to push it over the threshold?

And for like the 4th or 5th time now, I let the fuel drop to 1/4 tank and fuel-starved the engine coming through Hogpen which put it into limp mode and I had to pull off track. <grr> 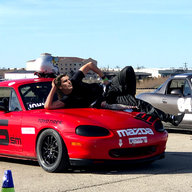 welcome to the club happy to have you