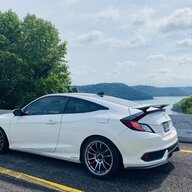 jermie_fc3 said:
Haha, I had the wheels powdercoated to metallic black and changed the sticker to red instead of white. Decided to change the color instead buying a new set of wheels

So I wasn't totally crazy lol 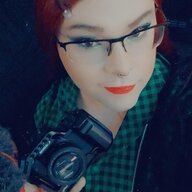 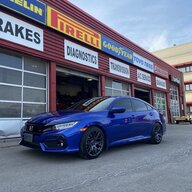 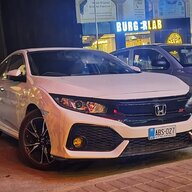 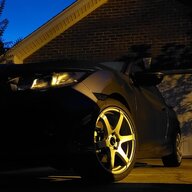 We had it for a solid month ... it JUST stopped about a week ago.
Now, all it's done is rain, so I STILL can't get the car clean!
At least with it raining so much, nobody notices how dirty she is!
Just my $0.02 worth of opinion ...
Instagram @bugboy32337,#fitmentindustries,#acuity ,#civic_x_com ,#civicsi ,#civiccoupesi ,#civiccoupe ,#kaiju,#sination,#fc3,#boosted,#turbo,#turtlewaxceramic,#turtlewax,#shineycarproblems,#tallahassee,#enkei,#T6S

jjm0315 said:
Borrowed the idea from another member. They’re wrapped, but I’ll be painting them this summer.
Click to expand...

jakdotdot said:
Haven't posted in this thread in awhile. CopperPeacock said:
I put my motor mount on. OK wow. I knew people said is was gonna be harsh and I thought I was prepared for it.

First impressions, there's almost no vibrations at idle, which is cool, that's where I kinda expected it to be. It's not, all the NVH is felt in low RPM (>2000) driving, it's still not too bad, I'm kinda into it. Also nice is the response of the engine is IMMEDIATE. I knew I could feel the engine/transaxle rocking under certain situations but I didn't know exactly how much moving it was doing until it couldn't. The engine exhaust note also seems a tad louder and a little growlier? Does that make sense?

When the engine boosts the whole car turns into a HITACHI WAND. Now that the engine is firmly bolted to the chassis all of the engine harmonics are transferred directly into the car and everything in it. It's not exactly unpleasant I just expected the engine to be smoother under boost. I can also tell it is engine harmonics because the vibrations match with the exhaust note perfectly.

Pros: No more rocking, snappier pedal, fun noises, girls will like it
Cons: BUZZZZZZZZZ on boost, I installed it wrong the first time.

I need more seat time to really have an opinion.
Click to expand...

Needing more seat time sounds like you LIKE the Hitachi Wand effect!
(not that there is anything wrong with that. Whatever makes you smile!)
Just my $0.02 worth of opinion ...
Instagram @bugboy32337,#fitmentindustries,#acuity ,#civic_x_com ,#civicsi ,#civiccoupesi ,#civiccoupe ,#kaiju,#sination,#fc3,#boosted,#turbo,#turtlewaxceramic,#turtlewax,#shineycarproblems,#tallahassee,#enkei,#T6S 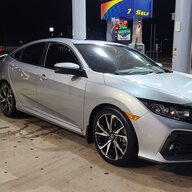 Went for camping with family Just replacing vinyl with red paint. The vinyl was a test to see if I really liked it. Now the vinyl is lifting so it’s time to make the red permanent.
Advertisement
You must log in or register to reply here.
Share:
Facebook Twitter Reddit Email Link