I have a brand new 2019 Civic Sport and I have activated the "walk-away" locking feature (it is disabled by default). I find that, about 30% of the time, it fails and gives me a series of fast beeps to alert me to that fact. I then have to use the key fob to manually lock the car. Anyone else experiencing this?

You need to stand near the front doors for a second, don't start walking until you hear the single beep. Then walk away normally.

Stills happens to me once and awhile but not near as often as when I first got the car.

Gotch said:
You need to stand near the front doors for a second, don't start walking until you hear the single beep. Then walk away normally.

Stills happens to me once and awhile but not near as often as when I first got the car.

I haven't had to do that, but I have had quite a headache with the system.

I hold all my keys on a laser cut titanium carabiner with titanium split rings. Previously I did not have a keyless access system, so I had no issues.

As it turns out, apparently the titanium keyring and carabiner seriously interfere with locating the keyfob. Despite the fob hanging from my waist and the carabiner and keyring not being between the car and the fob, 4/5 times it would fail and beep getting in or out of the car.

I removed the ring from the fob and carry it, alone, in my change pocket. Now it fails and beeps maybe once a month. I don't have to do anything special with regards to self placement or timing my walk away, it just works 99% of the time.

My assumption is the system is very susceptible to interference and people's keyrings or other methods of carrying the fob cause issues.

Try removing it from your keyring and carrying it, alone, in a pocket. It should work perfectly. If it doesn't, you might have a real issue the dealer should look at. 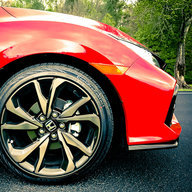 I had some percentage of failures to lock until I separated my key fob from my key ring (which included another car fob). For almost a year now I carry it separately in my pants front pocket and the walk away locking works 100% reliably without doing anything special. I can walk away immediately and push the door to close while already starting to walk away.

Note that e.g. a telephone covering my key fob in my pocket can completely screen it and prevent opening the door even though the distance from the car is less than 1 foot.
Last edited: Jan 25, 2019 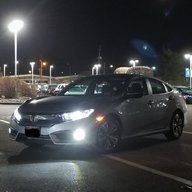 I have had this issue happen to me numerous times which resulted in me leaving the car unlocked uninentionally. Idisabled the feature entirely and made it a habit to lock it manually. Works much better

For me, if my keys are in my pants pocket, it works almost all the time.

When I put my keys in my jacket pocket, it works 50% of the time.

The walk away feature is not always reliable, there are always variables that can disrupt the proximity between the key fob and the car.

I never had my remote in a key ring fearing it'll get scratched. The walk-away feature works flawlessly.

Another observation I've noticed is that: when I have my mp3 player in the same pocket as my remote, the "walk-away" feature will NOT work. I'm sure the feature works fine. There's something on that keyring/pocket that's causing interference
Last edited: Jan 25, 2019

I have a protective case on my key fob so I'm assuming that's what led to me having the same issues. I opted to disable the feature since locking the car manually is easy enough as it is.
Bears. Beets. Battlestar Galactica. 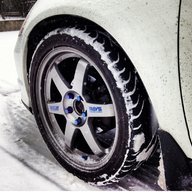 My failure rate is much lower. Between 5-10% only. Is this a flaw? No. Take 2 steps and press the little black button on door handle. I have a massive keychain cluster that weights probably 2 pounds all together with every other key.
2018 sport touring. 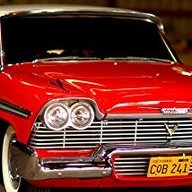 I have had it happen a few times and wondered what the beeping was, did I leave a door partly open? Does not happen all that much. Will try what is recommended above. I like the feature. Also, cell phone close to fob could be a problem. I ordered a leather twist and removed other items from the key fob. Determined to make it work. Empowered by Education, Driven by Excellence. 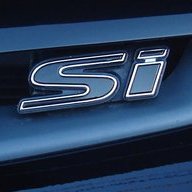 It's a bad feature, intermittent failures since day one for me too. The only thing on my key ring is my fob and a plain house key. You just have to accept it or disable it because, due to it's intermittent nature, dealers will 99% of the time return it to you saying "unable to duplicate issue". 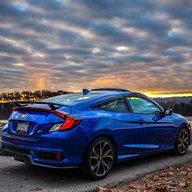 bluehatch17 said:
My failure rate is much lower. Between 5-10% only. Is this a flaw? No. Take 2 steps and press the little black button on door handle. I have a massive keychain cluster that weights probably 2 pounds all together with every other key.
Click to expand... 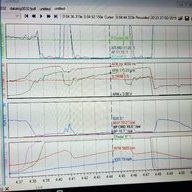 I love it
Doesn't work maybe 1 in 50 times
I'll take life not being perfect for the 49 times it's super convenient.

I swear some of you new buyers of Honda's should just get a basic ass early 90's civic. "If it's not perfected I'd rather not have it!!!" GTFOH. 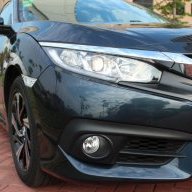 It's one of my favorite functions and works perfectly if you keep the key fob reasonably free to communicate with the car. I put it in the front pocket of my backpack, so it faces the car while i walk away. 100% success rate.
１３ 5
┣╋╋┓
２４６ R
Advertisement
You must log in or register to reply here.
Share:
Facebook Twitter Reddit Email Link