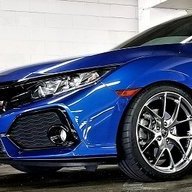 So I purchased a Stage 1 Tune from Two Step Performance. 237whp and 280 tq Sounds too good to be true right?

Immediately I noticed a horrible "Rich" smell. Car felt a bit down on power but I imagined that was because they use a Boost by Gear Tune as opposed to a steady 23PSI like the Ktuner Base Map. I did a few street pulls and noticed my Knock Control was crazy high. Went from 0.49 to 1.09! Overall the car just didn't impress me. Honestly felt slower than my 23PSI Base Map. I thought maybe something wasn't right or I got a bad file. I immediately called @Two Step Performance and Spoke with Corey Poole. He confirmed the file he sent me was "The same file everyone else got"

I figured, enough with the Butt Dyno, let's take it to the track!

Lined up for my first run, launched at the Preset 3k rpm and dropped the clutch. Car chirped a bit, then and bogged down hard, I mean it fell flat on it's face. Felt like I was getting zero power, then power kicked in and took off, I bang'd 2nd gear and experienced a similar feeling as 1st gear. Huge Turbo Lag/Hesitation feeling, car did nothing for a split second, then all of a sudden power kicked in and 2nd gear started to pull. 3rd and 4th gear felt great.

My Second run was near identical as the first. Only difference is I launched at 3,500rpm trying to eliminate "Bogging". No luck, car still bogged hard.

I was scratching my head as to why mph was so low? There was a Bone Stock 2018 SI there trapping 90mph consistently. At bare minimum, I should be able to match a factory Trap Speed.

I went with my instinct and decided to flash back to my 23PSI Base Map. Sure enough, my car was back to normal, no bogging, no Turbo lag/hesitation between gears, no crazy high Knock Control (stayed between 0.49 and 0.54)

I launched the car at 2,500 rpm got a bit of wheel spin (instead of bogging) and pulled a more realistic time. 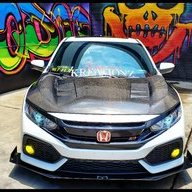 Hmm....I haven't noticed anything like that with my TSP Tune. I guess I could go to Irwindale tonight and see how it does, but it's only a 1/8 track.
Daily - 2018 Civic Si Coupe (Near FBO)

My next step will be to contact Corey @Two Step Performance and find out about a Refund or Reimbursement on my purchase as I simply did not receive what was advertised. In fact my car is running very poorly, and slower then a factory 2018 Civic SI. 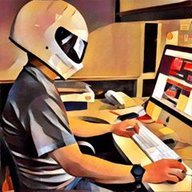 Your elevation, and Density of Air could be affecting the tune from Two Step Performance... can you datalog with them?

My mph shot up to 93mph with the Ktuner 23PSI Base Map. 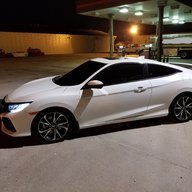 SI-Raw said:
My mph shot up to 93mph with the Ktuner 23PSI Base Map.

what octane are you using?
my car is the lilwhiteone not me
OP

This is all we have in California

This is all we have in California

Do you have datalogs of your runs?

is that leaded 100 ocatane? I'm thinking maybe you got the RACE PRL calibration if it's running really rich

Also why did you go down the track with the stage 1 map if your car was hitting 1.09 knock control. Obviously something was wrong.
Last edited: Aug 23, 2018

Did you switch to map 3?

Something is wrong. My knock control hasnt behaved like the OP. He should flash to stock and check datalog results for the same track use.
Links: Don't put a BOV on your car -- Oil Testing Results -- Past and Present Cars -- You don't need a catch can -- tuned reliability survey 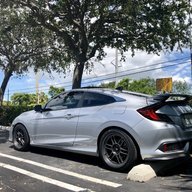 Something is wrong. My KC stays at a consistent .49 cruising around town and shoots up to .55 when driving a bit more spirited. There's also a noticeable increase in power vs the Ktuner basemaps. No weird "rich" smell either.
I use Shell 93 oct religiously.
For reference, I'm coming from a 400hp+ MK7 GTI. My butt dyno is spoiled and can rarely feel a power increase; I felt it with the TSP ST1 over the Ktuner 19/23psi map.
'18 Civic Si coupe
-KTuner TSP STG1 Tune
-Muffler Delete
-Skunk2 Lowering Springs
OP

All the Fuel I used was Unleaded.
I spoke w/ Corey about my Issues I was having and was told I received the same file as everyone else. I assume everone had Knock Control Issues.
I tried all 3 Maps.

All my problems went away when I flashed back to Ktuner's 23PSI Base Map.

SI-Raw said:
All the Fuel I used was Unleaded.
I spoke w/ Corey about my Issues I was having and was told I received the same file as everyone else. I assume everone had Knock Control Issues.
I tried all 3 Maps.

All my problems went away when I flashed back to Ktuner's 23PSI Base Map.
Click to expand...

So do you have any datalogs or not?
It will tell us what the problem is. IF its running really rich then you probably got the PRL RACE MAF calibration instead

Whats your fuel trim with the basemap?

Not sure if it matters but when I purchased my Ktuner with the Stage 1 TSP , I flashed my car with the 23 psi base map and my car felt almost the same as factory if not worse to a point where I was thinking about returning the entire unit for a refund. Then I got the stage 1 tune by email and uploaded it to my car and it was a HUGE difference, power delivery was improved , torque feels stronger, rev hang gone, and overall it was just as I was expecting. But it is weird that the opposite happened to you. Maybe others can chime in with some of their experiences with this stage 1 tune?