Tpms is driving me up a wall 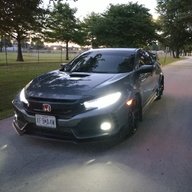 Ive heard a lot about this, but theres no excuse for mine. Bought a 2018 si a couple weeks ago. Tires were low when I got the car, 28-30 on all around but a cold front just came in then, filled them up to 33 front 32 rear, came on again twice more. I called honda and I brought it in saturday morning, it was really cold again that morning and I checked the tires before I left, fronts were down to 30 but they probably had a little bit of heat in them when I filled them, they didnt leak. When I got to honda they just filled them up to 35 and had me reset the tpms 3 times, they said it usually trips at 30 so they put a few extra psi in them, especially during winter, and that the tpms stores data for 3 calibrations. Ok, makes sense. Drove a lot saturday, didnt come on, next day it came on within 20mi, checked them at 35 and the right rear almost 40, later it came on again in under 75mi and they were all 35. Im going to call honda again, but I live pretty far away from the dealer, they will probably want to check the alignment. The car drives straight as an arrow with no vibrations or tire wear, but since it will be a few days before I get it checked out I want to know if there is any way I can monitor the wheel speed sensors to see if I can see one that might trip the tpms? If there is something wrong with the alignment that right rear sticks out, see the previous owner was ran on a curb and had to replace that tire. I would have assumed theyd have checked the alignment then and the other tires had so few miles on them you cant even tell that tire is any newer.

Is the tpms seriously that unreliable or do you think there is a problem with the car?

You have to "game" the system, set the pressure to 34-35 psi cold at a fairly average temperature, do a "hard" reset on the TPMS calibration, Ie: recalibrate 3 times in succession before driving the 30 minutes at varying speeds to do the actual calibration (this wipes the memory in the system) if there's a meaningful temperature change, say from averaging 35-40 degrees to averaging 20-35 degrees another calibration may be needed. It's a frustrating system, it will also alarm "low pressure" if there's a real hot day/hot road/high speeds and tire pressures are too high. It's looking for an average rotational speed, based on pressure/temperature set at calibration, higher or lower will cause it to alarm. There are no actual pressure sensors, uses the anti-lock sensors calibrated to a controlled range of rpm's, if one tire (or all of them) varies from that rpm range, it alarms Hope this is helpful. 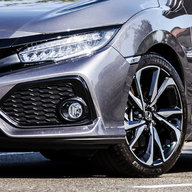 Do y'all know what paragraphs are??

MuffinMcFluffin said:
Do y'all know what paragraphs are??
Click to expand...

Does it really matter all that much?

Does it really matter all that much?
Click to expand...

I got through it (hence the "thank"), but it's difficult to read.

Also not hard to use paragraphs, but to each their own.

MuffinMcFluffin said:
I got through it (hence the "thank"), but it's difficult to read.

Also not hard to use paragraphs, but to each their own.
Click to expand...

Yeah, I know, but after 25 years working in a hospital, sometimes thoughts just flow like a stream of consciousness. I started as an English major, now we live in a grammatically challenged world, guess I spend most of my time trying not to end sentences with prepositions.

1st, welcome to the forum, it's a interesting, informative place with a variety of opinions. It's a friendly place, so use the "search" function before jumping in, your question may have already been addressed.

If you purchased a used Civic that has been "curbed" seriously enough to cause a tire replacement, yes, a full 4-wheel alignment is probably a good idea. On a modern digital machine like current Hunter it will also inform the Technician if the geometry is off.
The TPMS system suggestions and information came from my mechanic, who is a Honda Master Certified trainer for my dealership and deals with TPMS issues constantly, as you might imagine. Luckily, I have had a 35+year relationship with my Honda dealer so I have many friends there who have been, not only skilled & caring, but helpfully informative. If you own a Honda and are unable or unwilling to DIY, finding and maintaining a good relationship with a good dealer and a mechanic who knows you and your car will have tremendous value to you, and your peace-of-mind. 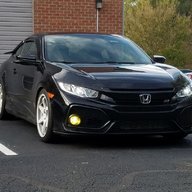 I just reset mine every time the warning comes on. Hasn't been on for months now, thankfully. 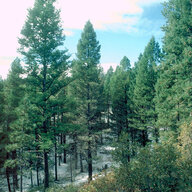 When you reset the system, you have to drive 30 minutes between 30 and 60 MPH to calibrate. If the system hasn't been given the opportunity to fully calibrate in some timespan, the light will come on again to make you recalibrate.

Mine kept coming on when new. I finally got it successfully calibrated on a road trip where I drove nonstop long enough and between the required speeds for it to complete.
You must log in or register to reply here.
Facebook Twitter Contact us RSS
Top