Sharing methods/tips/tricks to get temps down...

Figured there are enough of us doing autocross/track events that we could collaborate on suggestions, tips and tricks to attempt to lower temperatures.

I had noticed in my Si that the power would reduce after a few runs in hot temperatures. At ProSolo events or even regular solo events when you have co-drivers, re-runs, etc - keeping temps down is difficult to do.

If any of you saw us at events late last year, you may have seen all of the blowers/fans we were using. For the most part not being all that effective... We are limited to street/stock class rules so changing the grilles, intakes, etc is not allowed...

Here was what we were doing. Feel free to comment on if you think any are not suggested....

1. As soon as the run was over we would turn the AC on to get as many fans running as possible. This also made the cabin cooler once the driver got back in... I know many would run the heat (instead of cold air), but from what I can tell the power-rob is not from coolant temps, but IAT's - so running the AC is just to get fans running to get as much heat out of the engine bay as possible. So yes, the car remains running the whole heat we are competing in.

2. Once back in grid (or the staging lines at Pros) - lift the hood.... Duh. And yes, we would do this between runs at ProSolo events. In our seating positions, we could still see the car ahead of us. Once the pressures were adjusted and the tree-start beep went off for the car ahead - we would drop the hood.

3. Once back at grid, also spray the intercooler, radiator and turbo inlet pipe with water. We would soak everything as much as we could. To the point we needed more than 2 gallons of water to get through Nationals last year! The plastic turbo inlet pipe requires some careful spraying with the nozzle. Perhaps a better way would be placing a cold towel on it instead?

4. While in grid - placing fans and blowers in front of the car to get even more air moving. We had both a cordless shop blower and cordless fan (rather small) just moving air and getting rid of any excess water from the spraying. We'd also occasionally place the snorkel of the blower into the air intake inlet to get some air moving through there.

What say you? I've seen people in other cars completely shut the car off between runs and disconnect the battery. Perhaps to clear any codes or sensors? 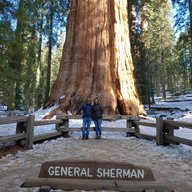 Can u change the front fake vents..is that allowed? Technically they already have holes so.. Nope, we cannot change the grilles or vents in the street/stock class....

Can you add piping like re routing some air from the diamond cut out holes to the engine bay?
OP

Not in the street/stock class for SCCA autocross. We are extremely limited. In terms of engine/electrical/cooling - all we can do is change the air filter (has to be a drop-in filter into the stock box, no modifications to the box at all are allowed). We can also do front pipes and back exhaust,,, We can wrap the front pipe with heat wrap.... No modifications to the body work or extra air ducting is allowed.

Gefiltefish said:
Not in the street/stock class for SCCA autocross. We are extremely limited. In terms of engine/electrical/cooling - all we can do is change the air filter (has to be a drop-in filter into the stock box, no modifications to the box at all are allowed). We can also do front pipes and back exhaust,,, We can wrap the front pipe with heat wrap.... No modifications to the body work or extra air ducting is allowed.
Click to expand...

Man thats tough sport. You just have to know your cars limits and not push to hard. Lots of respect 2 u racers. 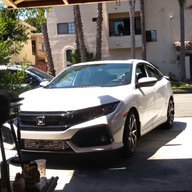 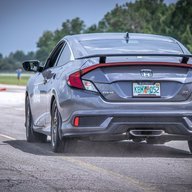 I'd rather turn the engine off but keep the car "On" to keep the fans going.

I've only done 1 Nats event in the car so far and just turned it all off. popped the hood, and doused the Inter cooler after the tires then again at the 3 car warning before closing the hood. (just me so no co-driver or help)

I thought about spraying the inlet pipe but getting the water on the turbo or DP or something else and causing an issue kept me away from it.

Everyone seemed to be doing about the same, one guy had his A/C on but it was because he was too hot and another was spraying into the cutout for the horn on the passenger side to hit the hot side of the inter cooler piping.
OP

I also would spray the intercooler pipe as well...

And not having a co-driver sure would help. I plan on doing that this year! haha.

I also would spray the intercooler pipe as well...

And not having a co-driver sure would help. I plan on doing that this year! haha.
Click to expand...

Yeah, I didn't feel Dixie was hot enough to spray in there. Bristol will be I'm sure

Dixie was suppose to be the only event I didn't have a co-driver. He's got his panties in a twist over the schedule being ruined this year and bailed. Eased my mind on heat soak, tires, and clutch LOL.
Advertisement
You must log in or register to reply here.
Share:
Facebook Twitter Reddit Email Link

Auto crossing my si for the first time. Tips?