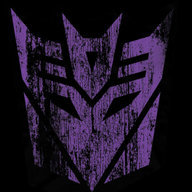 This is an install guide written for the RV6 Performance rear trailing arm solid spherical bearing kit for the 10th generation 2017+ FK8 Civic Type R. This kit replaces the rubber bushings in the rear trailing arms with solid bearings, which makes for a solid connection between the trailing arms and the vehicle chassis. This kit is aimed to remove the excess play and slop in the rear suspension resulting from using compliant rubber bearings to provide a clean, crisp and responsive suspension feel during sport driving. This guide details the installation of this spherical bearing kit on a 2017 Type R, #00561. Prior to assembly this vehicle had modifications to the rear suspension in the form of an aftermarket rear sway bar, lower control arms, toe links and the addition of a subframe rigid collar kit. Despite these changes the installation steps covered in this document will be identical to the process of working with fully stock components. The process detailed will be the same even if other suspension modifications such as lowering springs, coilovers, camber kits or alternative rear sway bars have been installed.

Note that any time suspension components are installed or altered a vehicle alignment should be performed to ensure the optimum settings are achieved. Also note that in general when moving from compliant OEM style rubber bushings to solid bearings some increase in NVH can be expected.

To maximize the suspension response and the user control over rear tire alignment settings it is recommended to install the RV6 Performance lower control arms, adjustable rear toe links, rear sway bar and the solid rear suspension bearings as an entire package.

For this document all directions mentioned are the same as if you are seated in the vehicle (IE forward means towards the front of the vehicle.) Also, for this document the terms "bushing" and "bearing" are used interchangeably. The term "heim joint" refers to a spherical bearing and housing used to allow freedom of motion at specific component connections. The term "trunnion" refers to the protruding features integrated in the inner rotating portion of a spherical bearing that provide mounting points to assemble against another component. Unless specifically mentioned when referencing hardware in the document below the size listed is for the tool size required, not the size of the hardware itself.

Always perform auto work in a safe manner. Never work underneath a vehicle without appropriate retention devices (jack stands or a lift.) Always wear proper protective equipment. Safety glasses and gloves are recommended. Other tools may be substituted based on availability or personal preference from the list provided below. Note: Due to difficulty accessing the front central lifting location a smaller secondary jack may be used to partially raise the vehicle at the front lower retrieval hook (underneath the engine) or at one side jack stand location. Raise the vehicle enough to position the primary floor jack under the central lift location and proceed with raising the vehicle from there. Alternatively, vehicle ramps, low profile car jacks or full lift systems may be used. Install jack stands when enough clearance is obtained underneath the vehicle if not working on a lift system.​
Step 2: Remove Rear Trailing Arms


Note: Both the left and right rear trailing arms have vehicle harnesses assembled near the front bearing connection and a wire running along the length of the arms themselves to connect into sensors at the rear knuckles. For the proceeding steps take care to always be aware of the nearby harness locations when removing hardware and the trailing arms themselves. A note will be mentioned if specific steps must be taken to avoid the electrical wires.​ 
This step requires pressing out the factory rubber bushing from the front side of the rear trailing arms. Multiple methods can be used to accomplish this task such as using a hydraulic press, a bench vice and hand tools, or a bearing removal kit. It is recommended to utilize the tools and methods that the user is most familiar with as long as the work is performed in a safe fashion. The method discussed in this document involves using a hydraulic press and appropriately sized press adapters. Regardless of the method used exercise extreme caution when applying the large amounts of force required to press bearings in and out.​ It is highly recommended to source properly sized adapters or pipe sections to brace components when in the press. During the removal of the OEM bushing using the setup shown above a suitably sized adapter was not able to be located and as such two smaller adapters were used to brace the control arm on two sides while the bearing was pressed out. This method did work to remove the bearings, but some small cosmetic damage was inflicted on the trailing arms from focusing all of the press force against the two smaller adapters. Step 3.3 shows a much more suitable press setup that was utilized after correctly sized components were sourced.​ Step 6: Wrap Up the Installation
Step 7: Complete a Vehicle Alignment

Tips and Tricks:
A .PDF version of this install guide is attached to this thread for reference.