Road noise, tire noise, or something else? 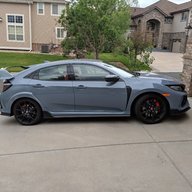 frontlinegeek said:
Good stuff. Best to arm yourself as much as you can. The thing that aggravates me the most with car ownership is dealership service inconsistency. One will be awesome and another will be crap and yet never loses their franchise.

My brother in law had a really bad experience as a Toyota owner with the dealership where he lived here in Canada. Then when he moved to Mass, he went to the Toyota dealership there and they wouldn't touch him due to credit. Which was a joke as he is a security director for a huge international gambling company's IT division. So... All in, he gets clipped by two bad Toyota dealerships and goes with a Ford Edge and now he loves them and will just keep leasing them.

I count my lucky stars that my experience with my local Honda dealership has been pretty much a 9 out of 10.

Acraig3 said:
I uploaded the file that they printed out. The thing that bothers me most is I don't even think they put the vehicle in the air like I had asked them to. I sent them the videos that I uploaded so they also have proof of the noises Hey there - did the dealership fix this issue for you? I believe i have the same issue if not similar. The dealership changed front wheel bearings but the sound is still there.
OP

atandukar said:
Hey there - did the dealership fix this issue for you? I believe i have the same issue if not similar. The dealership changed front wheel bearings but the sound is still there.
Click to expand...

I did not. Went in twice. Both times was told it was normal. They said it was vibration through the shift linkage. (BS because it is a cable shifted transmission). Funny enough, I just traded in for 2019 type r. 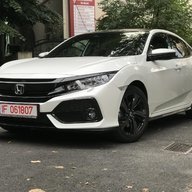 That sound is for sure NOT normal. I have an MT car and there is no sound reverberating through the shifter (where do they get this fantastic explanations? Is there someone paid to come up with such crap??)

Do you have to pay each time they look and try to diagnose your car? I have a 2017 civic and think the passenger side has a bearing issue, but I dont know unless I take of the tire.
Advertisement
You must log in or register to reply here.
Share:
Facebook Twitter Reddit Email Link