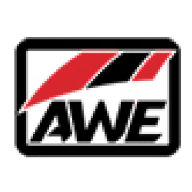 When the FK8 CTR was announced, we were eager to get our hands on the FWD VTEC Turbo platform with hopes it would fulfill the voids of nostalgia that many members of our staff had (hidden deep down) from their early gearhead days.

Knowing many others were feeling the same excitement as us, the FK8 CTR positioned itself perfectly to act as the flagship development model for AWE's entry into the Civic market, with none other than the AWE Exhaust Suite for the FK8 Civic Type R and FC1/FC3 Civic Si. The AWE Exhaust Suites for the FK8 and FC1/FC3 have become the go-to exhaust offerings for drivers looking for a deep, refined soundtrack while unlocking maximum power thanks to the straight-through, 3" design and integrated front-pipe leading the path of the exhaust route.

Bringing the FK8 CTR into the ranks of the in-house fleet meant it not only deserved tasteful modification in the form of wheels and suspension from the best in the industry but also a badass livery to let everyone know what team it belonged to.

With a few tasteful touches, we were able to uncork a non-typical deep tone out of the K20 while representing the coveted redline badge in proper form.