I just put down a deposit today for a LX. The only thing I knew for certain was I must have a manual transmission. I had some conflict of whether I should get an LX, SI, or a WRX. Pretty much I was told either go all in, and get an STI or nothing $40kish, as in a settle on an LX (less than half the cost of the STI). I don't want to call it nothing, but it was the practical option as I drive 20k miles a year (so gas mileage matters), and this car is intended to be the replacement for my Cavalier, 1994 z24 which i had since 2003. I also have a 350Z which kind of tamed my desire for another higher performance car. Anyways the only manual they had in stock was that metallic gray, and I wasn't a fan of the color. I drove it, I was okay with the performance, then they had a black lx and it however really caught my eye. I loved the color but it was a rubberband transmission. Either way the dealership ended up finding me a Black LX in a manual, and yeah. So they asked for a $500 deposit, then things got crossed, and I ended up putting down $1,000. Either way, they set the cost of the vehicle at $18,386, plus taxes and tags (Pennsylvania), i was OTD at $19,800. Now I have to wait until Monday or Tuesday for the dealership to get the car in their show room. I just have these mixed feelings about it, maybe it's buyers remorse, or maybe it's just me being conservative with my money. I just don't know what to think? Maybe If i actually had it for the weekend I'd feel better about the decision. Performance wise I am not looking for a beast, but kind of wish it had just a little bit extra pick up, but I didn't get a chance to really feel it. I also like the fact it's NA, but I just wish I could find a few more HP in it, 15-20 would do this thing a world of difference. Appearance wise the only thing that bugged me was the steel wheels, but aftermarket wheels can be had relatively easily. While I am at it, some nice sticky rubber will be nice for the summer. I'd probably keep the steel and original rubber for the winter. As for the purchase - I mean did I do the right thing? should I just march back there and sign up for that SI? Should I run down to Subaru and get that WRX even if it's a non-STI? I still feel like I made the right idea with this, but how do i get over these jitters? Will I feel better when I am actually driving the car?
OP
OP

Random fact ... part of my selling point on this car was that I do some running around in Southern Ontario ... and I like the fact that I can switch the speedometer from KMH to MPH with a push of the button.

But what you are saying is i could have got a canadian civic even cheaper? the hell? 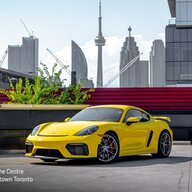 trenchik said:
Random fact ... part of my selling point on this car was that I do some running around in Southern Ontario ... and I like the fact that I can switch the speedometer from KMH to MPH with a push of the button.

But what you are saying is i could have got a canadian civic even cheaper? the hell?
Click to expand...

Southern Ontario fellows here, Congratulation on your new purchase. I too just bought a new hatch few weeks ago. Black is also my original pick but my wife vote for white (extra $300)... because she said black car very hot in the summer.. darn it, the summer here isnt even long!! anyway, happy wife happy life, I settle with white.
I have it for few weeks now, I enjoy driving it eventhough i dont drive it on daily basis.

Which part of Ontario do you visit often? Hope to see your car here in canada.. 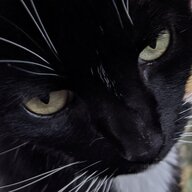 "put down a deposit" and "purchased" are two very different things...

But anyway. I would suggest that you go test-drive the Si, preferably back to back with that LX, before making your final decision. 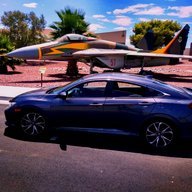 I say stick with the LX for now and see how it goes for a year with the performance and gas mileage. You have the color, manual trans, and NA that you like plus you can tune it if you want that extra performance.
I have a 17 Si and I get around 26MPG strictly city driving and I drive pretty slow..if I drove a little more spiritedly I'd probably get 22-24MPG. Yes, Highway would be 35+ MPG.
The main advantages of the Si are outstanding performance, great seats, very stylish; not overkill like the Type R. Everything else in the Si is nice but not noteworthy enough to write about. Do you think this is worth 5-6K more?

Got my 2018 black LX hatchback about 5-weeks ago. Was driving the tires off my F150 commuting about 90 miles per day +-. I wish had gotten the Sport. It will be a great car as is but only after some tint, seat covers and weathertech style mats. My next car will be a type R. I'll call it my mid life crisis car.
OP
OP

NotSerious said:
No. With tax and fees here in Ontario that LX Manual is about $25,000 if you pay full retail.
Many pay a little less, but it is still a lot more in Canada than it is in the US.

Don't believe everything that you read on the internet.
Especially if it is "What I paid..." or "My mileage is...";-)
Click to expand... 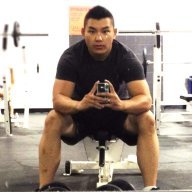 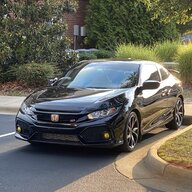 Last year around this time I also bought an LX as I needed a car quickly and I really liked the new line of Honda's. I had just started working my first real job out of school and was a little nervous dropping 20k+ on a new car, so I kind of justified my decision by going with the LX instead of the Si. ($19,500 vs $24,700 I think at the time)

Well a few weeks ago I sold my LX and bought an Si. I travel a lot to see family and visit friends in other states, and the LX was fine for that, but I wasn't really enjoying it. I really wanted something with a more sporty feel and that is why I sold it and bought the Si. The LX also lacked many features that I ended up buying to install into it anyways (aftermarket touch screen head unit, fog lights etc). In the end I ended up spending about the same as a higher trim would've cost just to make it resemble a higher trim. I really wish that I would've just bought the Si from the beginning, as I lost about $3,000 with the depreciation of my LX in that year when I sold it.

I am not trying to convince you to spend more money, but am just providing you some food for thought. I don't know your life situation or what you value. But an extra ~$5,000 for a much better car is worth it in my opinion. You're buying a Honda, so this car is going to last you a very long time. Like I said, do what you feel is right for you. If you are anything like me, when the new car honeymoon phase wears off you will probably wish that you would've spent a little more. Just wanted to share my experience.

I am not talking down on the LX drivers here! It was a great car, just not enough for me and what I wanted.
１３ 5
┣╋╋┓
２４６ R 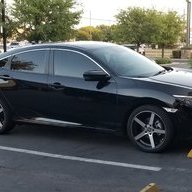 Adding a tune might give you that little extra you're looking for. The get up and go factor was monstrously affected by the tune I applied to my NA car, even with a "rubberband" transmission. An extra $450 (or less for a resold Ktuner) is definitely worth it. Completely livened up the engine.
You must log in or register to reply here.
Share:
Facebook Twitter Reddit Email Link

Has anyone ever purchased a car through Costco?
2

My first ever Honda Civic
2