Pictures from the Sacramento auto show

///Mookster said:
Never heard of the tire either, but looked it up and all I could find is it's categorized as a "Grand Touring All-Season tire"

Grand Touring All-Season tires are for drivers who want a combination of a sophisticated appearance, competent handling and H-speed rated (or higher) durability, along with all-season traction, including in light snow. Grand Touring All-Season tires branded with the M+S symbol are often used as Original Equipment (O.E.) on sophisticated coupes and luxurious performance sedans.

O.E. Grand Touring All-Season tires are typically purchased as direct replacements for worn-out pairs/sets of the vehicle's original tires. They can also be used for other vehicle applications in complete sets of four or axle pairs if available in an appropriate size, load range and speed rating to match the existing O.E. tires' performance category and specifications.
Click to expand...

I'm a little worried that they're some sort of low rolling resistance tire that Honda had to spec in order to hit the 42 mpg rating. I'm all for better fuel economy, but I'd happily sacrifice 1-2 MPG to get the performance of a ContiExtremeContact DWS 06 or Pilot Sport AS/3.
OP
OP 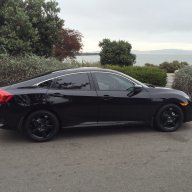 A dozen years ago I had a POS Ford Focus that I traded in on a Honda. What difference. I thought that maybe Ford's were better by now, but it seems like jdewd250's experience with Ford is just as bad as mine was. If I may ask, what are some of the things that have gone wrong with it or seem low quality?
Click to expand...


My first ford was an f150, within 15,000 miles it started blowing fluid out of the differential, I took it in, they replaced the seals, said that should be fine now. 2000 miles later did it again same BS from dealer, 3000 miles later again same BS from different dealer. Next time it did it I drove the shit out of it until there was a huge amount of crunching coming from the rear differential, theY rebuilt the entire rear end, still under warranty, about 1500 miles later it leaked again!! Got rid of that POS!
Then 13 years later I thought well maybe they have got shit worked out now, NOPE, DCT is a freaking joke! Made noises from the start, took it in at 4000 miles, its supposed to make that noise they said, flashed the computer to supposidly fix the shutter and crappy shitfing, nope! a couple other attempts and same shit, now a recall on the DCT for seals and programming, no surprise, all four door latches recalled, the Doors WOULD NOT SHUT!! AND A SENSOR IN THE EMISSIONS!!
Sync is a joke too, works when it feels like it and then it's very glitchy.
I hate that damn thing and I will take it in the shorts just to get rid of it!! Live and learn, NEVER A FORD AGAIN!
Aegean blue EX hatch has joined my Black EX sedan!! 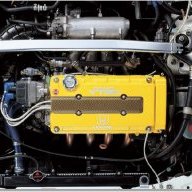 Can't wait for the Si sedan hopefully Honda show us something by L.A auto show. 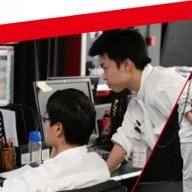 Pictures from my day job