I'm Tap and I'm new, pretty new! my first car is the civic 2017 ex-t for about 2years and some month now. got it late 2017.
Still driving it and trying to learn how to take good care of it as thing comes up.
Happy to be part of the civicx community! 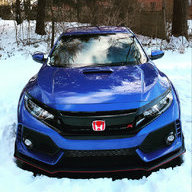 Wassup guys, new here just bought my 19 Type R 3 weeks ago , I’m from Wethersfield CT. I previously owned a Supercharged AP2 S2000 and as it wasn’t practical anymore I decided next best thing is the Type R. Pics of my S2000 and Type R 3 weeks in. 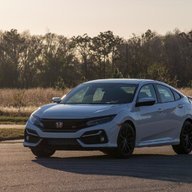 Hi I'm Josh. I'm in the Tampa. Florida area. I've worked as a Honda parts counter person for over 10 years.

Not new to the Honda family, I've owned more 5th gen Civics than I can count.

I got my wife a 2016 EX-T sedan a few years back and it was a great car I just hated driving a CVT. Traded hers in for an MDX and picked myself up a 2020 SI Sedan for a new daily driver. Can't wait to start modifying it. 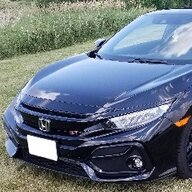 I am currently a 39-year old, white male, looking for a woman who will just shut up and keep the house clean. A man has two hands so he can hunt, tinker and fix; a woman has two hands to clean and make me a sandwich.
..This isn't misogynists anonymous either?

I'm Daniel and I own a 2020 Honda Civic Coupe Si. Before following the 2017 Civic Si, I had been following the 2013-2016 Dodge Dart (it's a Dodge-branded, modified Alfa Romeo Giulietta 940 platform, if you don't already know) and was going to get it plated ALFABRED (cool, huh? 'cause it's actually a breed of Alfa) but they stopped production because of some boob programmer that screwed over the perceived reliability in its very first year of production.

The ECU controlling the 1.4L MultiAir engine caused engine shutdowns. MultiAir is an amazing variable cam and lift technology that alters timing as necessary on each individual cylinder and each piston stroke instead of by all cam lobes advancing, retarding, or changing cam profiles (like VTEC) in stages. We will likely see more of by other manufactures in the future. The software bug killed the reliability reports of the 1.4L and ignorant piece of shit media groups destroyed the viability of the FIAT-America market by not withdrawing their initial reports of engine reliability issues or updating the public about it just a software bug. The tiny 1.4L lost the battle and with it a lot of further development of affordable Italian sports car heritage in America, though the FIAT 124 Spider (1.4L MultiAir in a Miata platform and Miata transmission) was trying hard until its production end in 2019. People don't also realize that many of the great engineering achievements we take for granted today were invented by Alfa Romeo. Long live Alfa Romeo, Lancia, Ferrari.. Haters gonna hate people with great hair and have more vacations.. I love Italian motoring heritage because it's so passionate.

The 10th generation Si came along and it makes more torque and power than the Dart with the same relative fuel economy, and thus I bought one of them instead of a used Dart. I've been harassing some people here for about 3-months. Ah, what I mean to say is, I've been expressing facts some people believe is an opinion. Science is fact, not conjecture. Please stop confusing the two and arguing about it.

Some people take offense very quickly because they think I'm picking on them or telling them off. And that's because I am. It's not personal and if I disagree with you once, it doesn't mean I don't like you. I don't like you because it's the Internet and I don't really know you. Though, I must say there are some people whose comments I like and those are people who apparently don't take this all too seriously and would rather just laugh than be right. If I'm wrong, TFB for me and I will make fun of myself. Most of the time I'm just making fun to lighten the mood, not to take you down. No hard feelings. Unless I turn you on and you do have hard feelings, in which case, you can PM me nudes I will post on 4chan.

In seriousness though, I am truck driver who used to be in IT and was repairing 20+ systems per day, overshadowing and embarrassing the rest of the staff where I was working. I started my own business before quitting that job though, where within a short time, a coworker cloned my business website and services. You have to be doing something right when someone just imitates you (read blatantly rips you off). They didn't last anyway and even I had to throw in the towel after 5-years because it was highly saturated with mostly big corporations that do very little for the massive prices and rip off people who don't know any better, so I still couldn't make enough money working 65-hours a week, regardless of trying to educate people and answering their every call and whim while remaining honest. It's been said, "I'm not a bad man. I'm a businessman". I couldn't be either in the face of corporate greed. It just isn't worth the stress and I make so much more money as a driver, so fuck it.

Some people are flourishing in IT and my hats off to you, ma'ams, sirs and LGTBQIA+ (which means literally Lesbian, Gay, Transgender, Bi, Queer/Questioning, Intersex, Asexual/Ally and + means everyone else not already mentioned, so we're back to square one by saying everyone). I do support anyone who feels like they're someone else and I don't care what people do that makes them happy, so long as it's not harming other people and other animals, but I still don't accept they want to be "heard" by putting them in a massive group. I don't get it, but rainbow powers to all the flowers. I've got your back, even if I am confused. Haha. Get it? Confused? LOL! Great pun.. I'm not confused, but I have to move on before this gets banned.. I really do support anyone who isn't a dickhead, and even then, sometimes I do, if they're funny.

I completed my AZ truck training with a 96% average and I kick ass at my job every day. I do sometimes swear at other drivers when I'm hauling very heavy, multi-combination loads that will crush you and your car into oblivion, so stop cutting in front of me (and all truck drivers) if you value your life. I neither need to be out of work pending investigation behind your death, nor carry it on my shoulders, be sued for wrongful death by your family because you're an idiot in the wrong. That, friends - if I can use that term - is not a joke. Stop cutting in front of trucks - they will kill you.

I love film, music, stand-up comedy, science and engineering. I disapprove of religion, ignorance and VWs. People know me to be forthright (read asshole), but also mocking everything (read joker), yet not know I have invented an engine design as well as a VCT system, as well as many other things I cannot post details here for obvious reasons.

They say religion is the basis for most conflicts and I believe it's true. If you preach to me, I'm gonna punch you in the mouth.

I hate VWs so much. I hate that VWs are cheap enough for everyone to own, drive like a prick, cut people off and fuck das auto. Das Nazi. They get your support by selling you bullshit, fuck people behind their backs and when you find out, you buy another VW.

If you haven't gotten the vibe, I pretty much make fun of everything because those who don't laugh about the absurdity of life will cry about it.

They call me a truck driver. Apparently, Badass isn't an occupation. 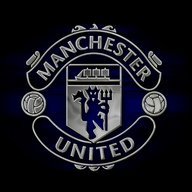 Hey all. I have been lurking for about a year now and finally decided to take the plunge and join the community. Thank you for your unknowing help, ideas, and entertainment. I have been a Honda guy for quite a while and currently have a 19 Si sedan that I have been slowly making mine. Looking forward to being apart of this community. 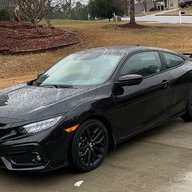 Hey guys! New to the forum, names steve from san diego, just got a 2019 civic si coupe in pearl black and i absolutely love it...its no type r buts definately my baby. Glad to be a part of this forum and looking forward to some good info! Cheers 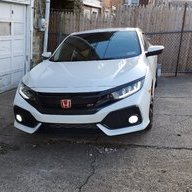 What's going on CivicX world! New to the group and I am very excited to be here. Been owning Honda's since I was 19 but never really got into modifying it like most people do. Well, now I am 42 going on 43 and I just recently purchased a 2017 Honda Civic si coupe. I decided to try to mod scene for once. I gotta say I'm having issues with finding certain parts. So I am hoping the community can help me in my search and guide me in the process. I'm really looking forward to the comments, even the sarcastic ones. Thanks for letting me join and look forward to the help!
I uploaded a pic of my car and what I am aiming to look like. Already purchased the lights, tinted it and did a little trim work on the inside. Have a good one people's! 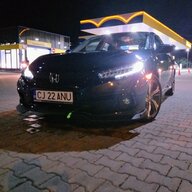 Hi I'm florin
I like driving my Honda more with each day that passes
This is my first honda, I owned other makes, but this one is the funniest of all 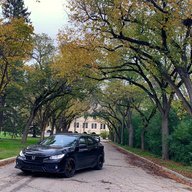 Welp this is my simply modified fk7

And that's about it
My name's Ron. 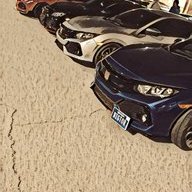 Hi my names is victor im from las vegas nv
My daily drive is. 2018 honda civic sport hatchback is 100% haven’t change anything since i bought it
The only thing is an aftermarket skid plate made it for me and the custom back license plate
I’ll post the skid plate later ARQK24 said:
Hi my names is victor im from las vegas nv
My daily drive is. 2018 honda civic sport hatchback is 100% haven’t change anything since i bought it
The only thing is an aftermarket skid plate made it for me and the custom back license plate
I’ll post the skid plate later

Hello Everyone,
New Honda owner and New to this forum.
Just picked up the 2020 Civic Hatchback Sport in White. Just here making intros and looking to explore the vast knowledge this forum possesses.
-Cheers.

Hey everyone. Purchased my Type R about a week and a half ago but been looking at them since before they came out. Bought a used 2017 Aegean blue with serial number 2666! Surprisingly decent price with mods already done. 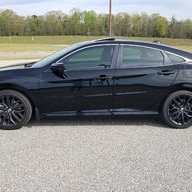 Hi Everyone; I am Alex (from Puerto Rico), currently living on Enterprise, Alabama. I got a 2020 Civic SI about a week ago (which it had a 2.0) but still a fun ride. I
Advertisement
You must log in or register to reply here.
Share:
Facebook Twitter Reddit Email Link