My radio/display is broken already? (No sound issue for civic touring) 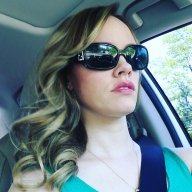 A year and 4 months in, still having this problem. Going back to dealership on Saturday. Pretty frustrated after having taken a 2 hour trip with no music and no talking navigation. They're going to do a system reset by unplugging battery. I don't expect that'll fix it, but then we move on and they contact Honda tech. Maybe by the time I'm ready to get a new car they'll figure it out.

This is my only issue with the car, I love everything else.

Back at dealer a 4th time. Now they're installing a new amp. If that doesn't work they'll replace the whole touch screen radio/nav system. 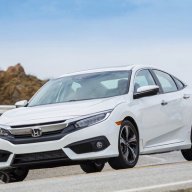 LBug said:
Back at dealer a 4th time. Now they're installing a new amp. If that doesn't work they'll replace the whole touch screen radio/nav system.
Click to expand...

Holy crap, 4 times! Sorry to hear that. I didn't read all of your other posts, so I'm not sure what they've tried already ... but I had the same issue (every 4-5 days, I would have absolutely no audio, and my 'fix' was to park for 5 minutes, and it would be ok again on the next startup). Anyways, the first thing they did was replace the amp, and it's been perfect ever since (other than the occasional reboot .. after all, it is a computer).

I took delivery in December 2015, and got the amp replaced in early 2016. This was before the software fix came out. My thinking is that the new amp must have already had the corrected software. And a few months later, the software fix finally came to Canada (which I did not need).

Anyways, good luck. I think the new amp should solve your problems. 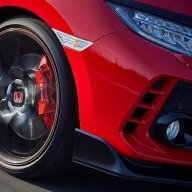 LBug said:
Back at dealer a 4th time. Now they're installing a new amp. If that doesn't work they'll replace the whole touch screen radio/nav system.
Click to expand...

@LBug Good luck! I'll buy your old amp if they give it back to you (ask for it). I need the plugs off of it, doesn't need to work. Many thanks!
Join the CTR Enthusiasts - North America facebook group
[sigpic]10111[/sigpic]
Advertisement
You must log in or register to reply here.
Share:
Facebook Twitter Reddit Email Link

Radio on no sound