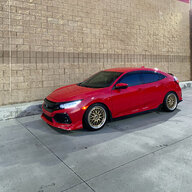 What’s up guys. Longtime Honda owner here. Previously have owned 2006 Rsx-s and 2011 Si. I purchased my car in March of 2017 literally the day my vehicle arrived at the dealership and finished PDI. This was during the time we were having foreign trade issues so it took a while for us to get new products. Anyway back to the topic, I originally purchased the car to be my daily driver and never modify it. (Yeah right.)

3 years later and quarantine hit, and I caught the mod bug. Small mods so far but, we shall see how far this goes!

next:
just added oem Honda mudguards, hope to get mugen visors next. 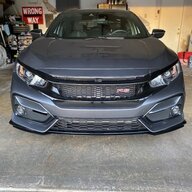 How do you like the swift spring upgrade?
OP

I love it. I’ve only had to slow down very slow for extremely huge dips or bumps. Regular sized bumps the ride is never too harsh or bumpy. I haven’t had to change my driving style. I don’t rub at all. Handling feels improved and I notice a lot less body roll. I will say a Really bumpy road might be a little rough but, as a daily driver I’ve had no issues as of yet. My cars at 42k miles and shocks still good. Springs have only been on for 1k.
OP

bit the bullet on some parts 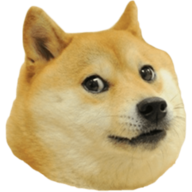 bit the bullet on some parts

Does the Mugen lip install directly over the hatch sport lip?
OP

I swapped bumpers so I didn’t install the lip per se, but yes. You drill into the sport lip and there are brackets that you screw the mugen lip onto the sport lip so it’s on sturdy. I’ll try and take a picture of the underside for you! I need to remove the lip and reinstall it because I believe it screws through the fender liner too.