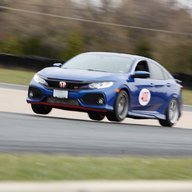 Has anyone experimented with increasing rear downforce on the Si Sedan? I'd like to improve high speed cornering, and i'm currently feeling the rear end wanting to step out at speed in the corners.

In reality, i could probably just use a bit more camber in the rear (currently at less than a degree of negative camber all around). However, im curious about how something like a GT style wing would help. I've seen numerous cars at the track with adjustable CF wings, and also seeing it on a lot of newer cars on the market. The Subaru RA & s209 as well as a few other "track ready" production cars come with one from factory. Haven't seen any pics of a blue si sedan with adjustable CF wing, so if anyone has one post a pic. 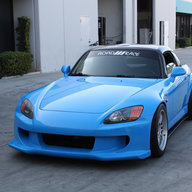