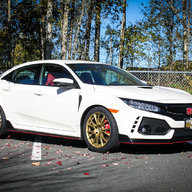 Did a search, didn't see a thread on it.

I was doing some searching for diecast models of the CTR. There were top speed ones ($130+), ebro etc. And I came across a youtube vid where a guy did an unboxing of one, that his salesman gifted him when he got his R. He mentioned that they could be purchased from the Honda Merchandise store. Sure enough, I went to it, and there it was:
https://hondadrivergear.staples.com/ProductDetail.aspx?did=28406&pid=239055&logoid=0
$37.70 I ordered one of these and a lanyard. Enjoy!

Here's the video, if you want to gauge scale 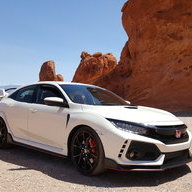 Used to be $27 and some change 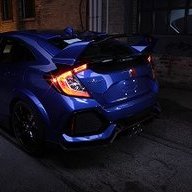 Car(s)
A whole farm of Hondas

I think I got mine for $25 or something like that last year. 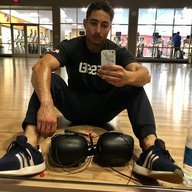 Just looked on ebay since my google search of ebro went nowhere, about 80+bones 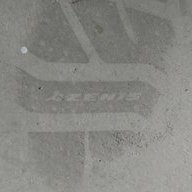 My dealer had them in stock. No gift, but I brought them home together. And it's pretty decent. As a hobby modeler, I can be a bit finicky, but at under $40 for a prefinished car, it's quite good. I thought it was resin like the smaller TSM offering, but I just pulled it out and tapped on it and it's diecast which is a surprise.

I am really hoping we'll get a plastic version in 1:24. So far, Modelers's is planning on making a resin, multimedia kit. That'll be fine for a replica of my car, but if I want to get deep into "tuning" the car, plastic is much easier to work with. Beemax did an EF, but they only did it as a race car in two liveries, which is in line with the rest of their lineup, so I don't think they are interested in a street bodied FK8. EBBRO has been getting Honda licensing in plastic for a while, with the the '16 McLaren Honda and the Honda Jet, but they are a bit expensive since they tend to over do it. Hasegawa just did a very nice kit of the N360 and first gen Civic, which makes me hope they'll do it and come in at a much better price point. 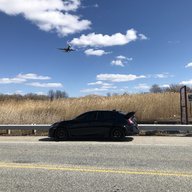 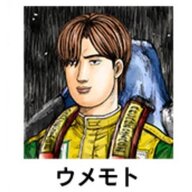 That's a good price. I remember being in Japan and these ebro models being over $100 each. I wish they had other colors. Does anyone have up-close pics of it un-boxed? 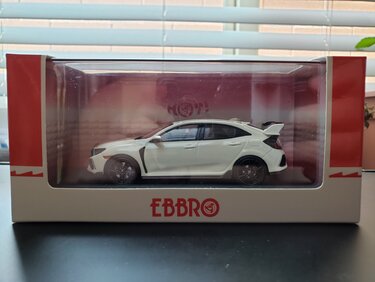