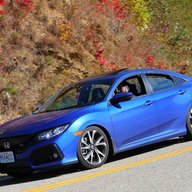 I've held off on posting this for a while but I've gotten to the point I need your help. Over the last 4 months I've been in a pretty significant self-struggle in the debate on whether or not to get a Type R (first-world problems, I know). I'll explain my scenario then considerations so bare with me. My wife and I have her 2017 Civic EX-T, my 2004 Jeep Grand Cherokee V8 Lifted, my 2004 S2000 and my 2018 Civic Si. I liked her Civic enough that when I was looking for a new daily I got the Si. The Civic is stock outside of a TSP Stage 1 tune and is a great daily driver. The S2000 is lowered with intake/exhaust. I'd put it as lightly modded.

My wife and I are expecting a child and have my wife's 2 dogs. We regularly make trips across MO to see family of about 250 miles one-way where we generally will take my wife's car as it gets better MPG at about 41 MPG highway. We'd want to be able to make the trip in my car as well. The Si does great for this and I suspect will "baby" just fine, even with 2 small dogs but could be kind of tight with kid gear. I'm just not sure. My wife's EX-T is pretty much identical to the Si (both sedans), so what works for the Si should work for her car.

My issue with the S2000 is that I've had it 6 years and interest has lessened, especially now with the Si that frankly has more HP/Torque with the TSP Stage 1. I've enjoyed the S2000 taking it on 3000 mile road trips when I was younger and quite a few group drives (S2KI Boston Mountain Tour in NW AR - I'm jeepilot on S2KI btw). I never really got around to tracking or autoX, but always thought that'd be fun. It's an amazing car, but needs change as life does. Over the last 2 years I've driven it less and less; I've put a total of 25,000 miles in the 5 years I've owned it, only 5,000 in the last 2 years. With the new baby, I expect that to go down to essentially nothing. It's lowered with intake and exhaust but that's about it. I have fun roads within an hour of me to be able to do what its best at, ripping up the roads. Same for the Si, but the S2000 is the clear handling winner, but the Si is no slouch. I've done Tail of the Dragon with the Si and AR's Pig Trail with both. So now I must decide if I should sell my S2000 & Civic Si and get a new Type R?

Considerations:
Pros to selling both and getting R:
Cons to getting Type R:

What say you CTR owners? I'd like to hear if anyone has been in a similar situation and what they did? Wife is due in April, so this debate will continue for a while. I've had this debate even before we got pregnant out of the interest of down-sizing and opening up garage space, but the pending baby has amplified my internal debate.

Nice to see another S2ki member!
The Type-R is more daily capable than the s2k, especially with 18s (stock suspension).
You will need winter tires, forgo All seasons if you see snow, especially with kids.

I personally would keep the Jeep for the kids and as a winter daily, and then do the Type-R. It sounds like you like the s2k as much as I did, but it’s sooooooo nice to have torque....

Honestly in the R, it almost feels like I’m in the s2k due to setting position, (lower than other civics) and shifter and steering wheel. I tried to get it like my old s2k which I loved. Except there is boost. Love it.

Sell the Si and S2000. The Type-R is leaps and bounds ahead of those. Put a good down payment and get a low monthly. You can fit the car seat in it as well. Congratulations! 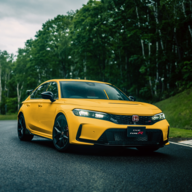 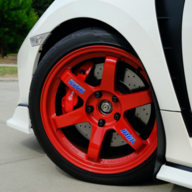 I DD my Type R and have a 6 month old as well. Personally I love having this car with the kid. It's every bit as practical as any hatchback but it's the most fun I've had in a car since my s2000 I had years ago (had a BRZ and STI since).

One thing you're going to find more valuable than anything in the world once your kid is born is time. So simplifying your life to save yourself time is a massive benefit. Think about the time you spend on cleaning, maintaining, and inedibly modding multiple cars and how much less that could be if it was just one. In the last 6 months finding time to just wash my car has been difficult, let alone tinkering with multiple vehicles. The s2000 is an incredibly special car and you will miss having it, but you need to decide for yourself if you need to re-prioritize where and how you spend your time in the near future. I haven't had multiple cars ever, but for me the CTR with some basic mods has been the perfect daily driver since it's a blast to drive, can haul plenty of stuff, does decent MPG (I average 26-27MPG with a mix of city/highway) and I don't feel like I'm compromising or that I "need" a fun car.

Everyone is different so it's really something you gotta figure out for yourself, but for me the CTR is the perfect dad car that lets me be a car guy like I've always been, but also can drive the family around comfortably so I'm not making my wife take her car whenever we want to do something. 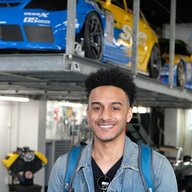 If I were you, I'd bring the Civic Si back to Stock and mod the S2000 to wherever you want it. Everyone who sells theirs seems to regret it. The Civic Si should be the car you give to your child someday. 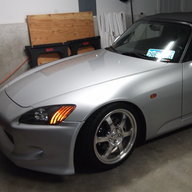 I have both and in fact sold my s2k when my second son was born 8 years ago. At that time there was no Typer but I was making due with a Evo X. At the end of the day I missed the s2k at that time and ended up buying the same one back however since having two kids now I still don't drive it much. I maybe put 4000 miles on it since 2015 granted 2 of those years it sat for a rebuild. With that being said i got a type r last year after getting rid of a ATS-V and have since put 15000 miles on it. I would say both are special cars both are fun. The advantage being the type r is one of the most useful cars I have ever owned. The rear seats have a lot of room the hatch has a lot of room and it gets more attention than anything I have ever owned including the s2k. I say in the long run you will be happy with the switch although I wouldn't mind 40+mpg with the si. 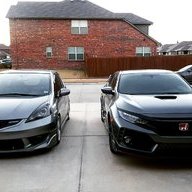 If I were in your shoes, I would get rid of the S2000. It sounds like you like it but you don't love it. Sell it to someone who will.

Next, get rid of the Jeep due to gas inefficiency and possible problems as it ages. If it's near the end of it's life, better to get some value out of it now before the wheels fall off and it's worth nothing. Get an SUV/Van for the baby and dogs, this will also be your wife's daily. Maybe even consider it being a hybrid or electric.

So this leaves you with using the Civic EX-T as a daily as it will be most gas efficient. For your fun car, if the Si doesn't cut it, then sell it and get the Type R only if you can afford it. 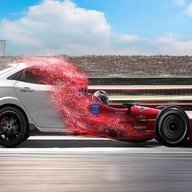 Keep the S and get the R. All other cars you got are irrelevant. 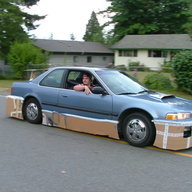 I think you would be disappointed if you traded. The Civic Si is probably 80% the car the type R is, if you're not tracking the cars. And the s2k gives you something the CTR will never: RWD and top down. I would trade my CTR for such a combination.

I'll go out on a limb and say most people bought this car with their emotions in the driver's seat, but since you've got a kid, you're going to have other considerations. Obviously if you're pulling in 300k a year then you dgaf about depreciation.

And then you're going to have to fish cheerios out of the backseat of the CTR and feel bad when your kid writes their name on the rear quarter panel with a crayon. 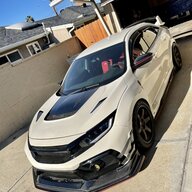 meh I sold my S2000 that i had for 8 years last year and had both the CTR and the S2000 together for about year but I don't really miss it. I sold it for exactly the same reason as you. Over the years, i just stopped driving it and decided it was just time to let it go.

They'll sell my S2000 at my estate sale. It's a one of a kind car that we'll almost certainly never see anything like ever again.

You currently have an NSX in 2009, at the very bottom of its depreciation curve with hints of rising value, but hints don't make down payments on other cars or houses. I'd understand if you decided to sell it, but I think your current setup is fantastic and I really have no idea what you think the Type R is going to get you that the Civic and Jeep already don't.

Sell the SI and s2k and get the CTR. I have a s2000 and never drive since having kids especially with having the CTR now. My wife drives the CTR as a daily with 2 car seats and has no regrets.
OP

All good feedback and I appreciate it! I may hold off a few months after the baby arrives to really pull the trigger on anything. I'd like to see how my needs change before making a determination. That and spring time would be best to sell the S2000 anyway. I'm about 70% certain I want to sell both to get the Type R and a lot of that has to do with just wanting to downsize in cars/expenses. 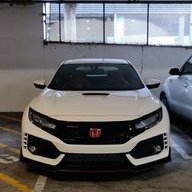 The type r is pretty practical daily as long as you're not getting in and out of the car constantly. At least for me, it's a bit uncomfortable for me to get out the car because of the seats.

As a family car, it has 4 seats. The hatch is helpful too. That was a selling point for me considering.
You must log in or register to reply here.
Facebook Twitter Contact us RSS
Top