I tried restarting the console but nothing would work. The screen fixed itself out of nowhere after a couple days, but then broke again after a couple hours. It has now been two months and it's no better. I am trying to avoid going to the dealership because I am afraid that they will charge me thousands of dollars for something that could potentially be an easy fix.

Could it be a lose cable? Or is the screen itself damaged? 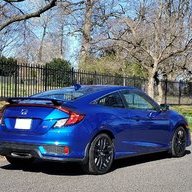 Per the article, you could try use a pure white background. Or try play some of the following videos.