The connectivity & useability issues are really the only negative thing that stood out for me in reviews. I think the controls are a bit odd but like anything else it just takes getting used to.

I just started using the apple play feature and i like the interface, but I don't like how it "locks" up your phone. Again, this type of tech is new to me in a vehicle so it just takes time. It still seems better than connecting audio with bluetooth, I get a lot of lag time when skipping tracks. I need to try out playing files from a USB stick, that will also be a first for me.

Infotainment connectivity and usability is garbage. Still waiting for the supposed update to fix the many problems. 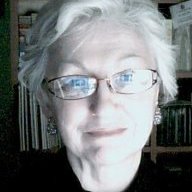 I am returning for my latest and far from greatest report. After initial quirks, i had got to where i could plug my Galaxy Note 5 smartphone into my 2016 Civi and it would connect and allow me to use Google Maps for navigation using the ar's display, and connecting to Google so that i could see traffic conditions. Just fine. Then suddenly and wihtout any changes by me affter a few weeks, the automatic conenction stopped working and i was actually reduced to propping my phone on the dash tonavigate. Then Honda dealership techfound a herky jerky "solution" whereby i would start the car, connect phone and then scroll down on the phone to USB charging, open that and select "load software" - this would start the conenction, but often dropped it again at once. Now it is worse because even when the cnnection stays in place, there is a report "can't conencto Google". I can start Google maps on my phone and see heavy traffic, etc., but when i onnect to the car (and go through the repeatedritual described above) I may get navigation but no Google connection. There is a phone setting under Developer Options, USB Configuration, which i have tried settig at MIDI butthat doesn't help, and also resets itself. I am at wits' ends and borderline screamig with the frstration not only of not having soething for which i paid handsomely to NOT work (after working at the start) and of never gettin

The S5 has had a troubled history with Android Auto. Other users have reported similar issues which can be tied back to automatic phone updates through Google Play Services (something you do not have control over). You can try using a different USB cord. But I'm willing to bet it's the phone's software.

You'll most likely need to start up a request here and let Google determine what's going on:
https://support.google.com/androidauto/?hl=en#topic=6348027

If you have a Samsung phone and have recently updated to Android Marshmallow (6.0+), Android Auto may not start when you plug in your phone in your car.

Samsung has provided a fix for this issue. To get the update, please follow these steps: 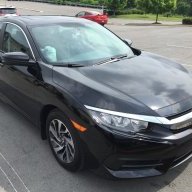 Aha is such a waste of storage space on this poor Civic. It never works and has literally the worst interface since using the SiriusXM app on my iPhone. Honda made a huge mistake adding it to the Civic.

Has anyone tried the 2017 CR-V's headunit? Considering it's different in that it has a volume knob added, maybe they re-designed the software while they were at it.

I feel like a poor country mouse because I "only" have the LX. Many things about the audio system seem frustrating, beginning with not being able to have text messages read aloud as I could in my 2014 Civic. I was excited at the prospect of being able to access Spotify on my phone through the audio system, until I realized that Bluetooth doesn't recognize by older Moto X. So my husband bought me an auxiliary cord, only to find out that there is no longer an auxiliary jack. I could use some ideas for how to get the most out of the audio system in my two-month-old car. Thanks in advance!

New here to the forums.

New here to the forums.

Just bought a new 2017 Civic Coupe EX-L. Sticker states it has the Premium Audio System 10 Speaker with Subwoofer. I assume it is the 450watt system offered in the Touring as standard? I've looked everywhere and can't find any info on the EX-L having the 450watt system. Only info on the touring having it.
Click to expand...

Whelp I am an idiot lol. The mobile view is less confusing then their desktop view. 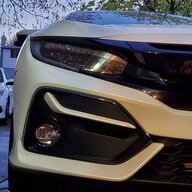 has there been any software updates to the 7" in the last 8 months, non navigation version ?

2018 sport hatch 6 sp manual could not get apple play in the states and the bade unit hands free doesn't work 99 % of the time. Complete crap and actually worse than useles- it dangerous!! Dealership could provide not answer, in fact I knew more than they did. My80 dollar aftermarket Panasonic performs better Honda should be held accountable!!

Moopy62 said:
Honda should be held accountable!!
Click to expand...

Sure they should. What do you have in mind?
Honda has become a software company that also sells cars. Too bad they haven't realized it yet.

heath3990 said:
Or, you could just download one app for streaming music (i.e. Spotify, Apple Music, Pandora, or the new Tidal) and use that in the car. So much better having almost ALL music available to you just by pressing a button on the steering wheel and asking for it. Keeps the car clean of CDs and CD Cases too. Personally I prefer Spotify but you can do a free trial from pretty much all of them before deciding which one you like.
Click to expand...