Anyone else need new tires so soon? 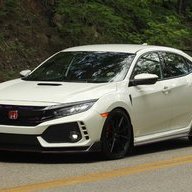 Zukoh said:
Thanks for responses...Guess the 22k point is normal..Going to shop around man dealers always tryna get you on the price!!
Click to expand...

I continue to have good success with TireRack.com. Full selection, goodprices, and they'll ship them directly to your installer. I've switched to All-Season tires (Continental DWS06) on a new 19" rim and the last set was about $860 + installation charge. 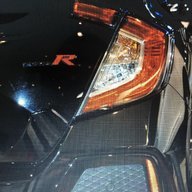 Zukoh said:
I know this is a performance car, but at 22k miles I already need new tires. I never tracked the car and most of my driving is highway. I slam on it sometimes, but they ALL are extremely low.

Honda is quoting around $1700 for four new tires and an alignment. Should I get them somewhere else? Anyone have theirs replaced yet?

Mine was already needing replacement at 12K miles lol... never tracked either.
Recommend downsizing in wheels to help with the tire pricing. Stock continentals are super expensive and not exactly the beer brand of tires either. Try firehawks or Goodyear Eagle.. proves are considerably lower than continentals 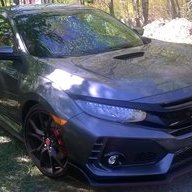 This has been a good thread as it has prompted us to deal with several issues relating to tires, not only on the CTR, but on any automobile that requires UHP and seasonal tires. Supports that basic rule of life, ‘there is no such thing as a free lunch’. If you want performance you pay for it, there are options as to what are the optimum tires, shortcuts that can be taken such as older tires, compromise tires, closeouts, takeoffs, changing wheel sizes to get a broader range of tire choices, availability, pricing, etc. But in the long run you get what you pay for.

It’s unfortunate, disappointing, and perhaps disillusioning for somebody that walks into the CTR, or any other performance environment, not realizing that if they want to maintain the performance of the automobile that they bought they are going to have to continue to pay to maintain it. I knew that, but it still isn’t easy. It’s the reality for me as it is for everyone else. It’s not in the mechanics of the car. If you use it well as a daily driver, it is a Honda, and you should be able to maintain it at a fairly reasonable cost, although there will be something of a premium, simply because it is a special limited-edition marque. It’s going to be more expensive to maintain than the average Civic for brakes, etc.

What is significant is the ongoing issue of wheels and tires. That’s probably true for any contemporary high-performance type, but seems to be commented on most often on the CTR. Perhaps because it is expected to be a ‘reliable Honda’ for people who are accustomed to getting 40,000 miles from a set of OEM tires. This is not in Accord XL sedan. Big difference between that and even the Si. If you use the car in other ways, tracking or autocross, well, that’s your problem and you should be prepared to deal with it without complaining.

Given the history of this performance concept as I’ve seen it so far, I’d say that 22,000 miles is pretty good for summer tires. Time to grow up and smell the coffee. If you’re living in a winter area you need a separate set of winter tires. That’s a big investment. The only advantage to that other than having the car run the way you want it to run in the winter, is that it saves wear on the summer tires, but they both get used up over the long run and to replace them costs money, at least as much or more than not having to have winter tires.

One of the big issues is the 20” wheels. It limits the range of tires that are available in the market, and usually puts them in the high-end price range. I look at the Pirelli SottoZero 3 that I bought. Tire Rack puts in the description ‘Lamborghini’, that gives me a pretty good idea of what market I’m dealing with. However, those large wheels are part of the engineering of the total performance and handling package, and the appearance, of the car that you bought. Smaller wheels will give you a larger range of tire options, perhaps, you think ,improved road hazard vulnerability, but when you look at the total situation, and how will affect the performance of the car, it’s no longer really a type R, maybe that value isn’t really there.

Something of an enigma. 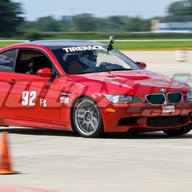 One thing for folks to remember when deciding what to so when the OE tires are close to worn or even before is whether it simply makes sense to put them in the corner or on a rack in your garage, invest in a set of wheels of a smaller diameter and buy better tires. Smaller diameter means lower wearable costs even in the same widths, wider options and IMO better ride. I go through 2-3 sets of tires a year and know I'll buy Michelin PS4S or Conti ECS as my daily/rain tire, and either Bridgestone RE71R or Yokohama A052's for my competition tires. You gotta pay to play and won't get 30-40k miles out of a set of tires with top performance. One final note in terms of tire sources. I shop across all spectrums, TR, Direct Tire/DTD, Tire Crawler, OnlineTires, etc, and you have to account for whether you are being charged shipping, taxes and whether you are getting a free road hazard coverage. Almost all have the same programs running but some allow them to be stacked.

Exactly Z3papa. I see little point in getting a CTR if you don't put the right shoes on it.

yargk said:
Exactly Z3papa. I see little point in getting a CTR if you don't put the right shoes on it.

No doubt the four contact points with the ground, and the degree the quality of tire can impact delivery of power, brakes and steering input makes tires the #1 impact on what the CTR can do.

Zukoh said:
I know this is a performance car, but at 22k miles I already need new tires. I never tracked the car and most of my driving is highway. I slam on it sometimes, but they ALL are extremely low.

Honda is quoting around $1700 for four new tires and an alignment. Should I get them somewhere else? Anyone have theirs replaced yet?
Click to expand...

22,000?? You did alot better than me. I pushed mine as far as possible and replaced them a little over 15,000miles. I will give ya some advice, the Type R is an amazing car and in my opinion only has 1 down side(for me), and that was the CONSTANT worry of destroying a rim or seriously bending something in the front end to the point of the car not being able to be aligned, due to the 30series tires. And I spent 90% of my driving time in Comfort Mode jus to make holes and bumps a little easier on the car. Well, I dont have to deal with that constant worry and anxiety anymore and spend 99% of my time driving the car now in Sport Mode due to an amazing set of Michelin Pilot Sport 4S’s in 245/35-20” rather than the stock 245/30-20”s. Going up that little bit in tire makes the car a perfect daily driver. I drive mine roughly 120miles a day on some of the worst roads in the nation here in southern WV and its night and day difference from the stock Continentals. The car handles nearly the same as it did on the stock Continentals, with some small differences in grip but very minor. And it also raises the overall height of the car roughly a 1/2” which I wasnt crazy about but the positives outweigh the negatives 10-1. The Michelins are more expensive than the already insanely priced stock Continentals but their treadwear is 300 compared to 240 and they come with a 30,000 mile warranty so for me it was a no brainer to spend the extra money to get a tire that performs as well as stock but will last twice as long. I thought about a set of A/S’s but that jus defeats the purpose of owning the car b 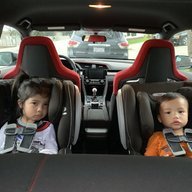 Location
Behind a CTR wheel

Just ordered a set of the PS4S today after my rear tire blew a few days ago. Stuck to stock wheels but wanted to try 255/30/20 tires on them. Not too concerned with potholes where I drive and love how the car handles with the 30 series profile. I’ll revisit the idea of getting a second set when the next time comes as mentioned above. Great thread! 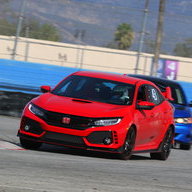 Just to give one more data point with the Michelin PS4S: I just got a set in stock size of 245/30ZR20. Even with the stock shorty sidewalls, it actually has a softer ride and is quieter than the SportContact 6. It's not as razor sharp and aggressive in handling as the SC6, but so far, so good. I'm sure I'll have more to say when I take it to the track.

Gansan said:
Just to give one more data point with the Michelin PS4S: I just got a set in stock size of 245/30ZR20. Even with the stock shorty sidewalls, it actually has a softer ride and is quieter than the SportContact 6. It's not as razor sharp and aggressive in handling as the SC6, but so far, so good. I'm sure I'll have more to say when I take it to the track.
Click to expand...

My stock sized MPSC2s are quieter and ride better than the stock tires. The Continentals are just awful.

I’m very surprised you are complaining about 22,000 miles. That’s a ton of miles for any sticky summer tire, especially on this car which estimates 10,000 miles before needing replacement (right on the window sticker). I’m guessing I will get 10-12k out of mine, street time only 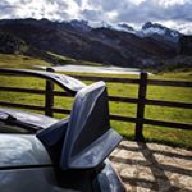 This is what I found this morning. This tire is damned since day 1, got a collection of punctures. No idea when and how this happened, but I came to the conclusion that this was a nail/screw so long that made all the way parallel to the rubber edge and ended up hitting the wheel flange, tilting the screw outwards and ripping all the rubber.

I have no words to express how much I hate the Continental tires, the 20 inches wheels and the stupid rubber band combo.

Still deciding what to do with the wheels, but new tires have to come pretty soon, probably growing to 255/30. It's not just these tires or wheels. if you accumulate foreign objects it's going to happen to any. Yes, because of the profile these tires may be less tolerant, but it could be said that an 18" tire with higher profile will expose more sidewall to damage. If the damage is on the sidewall or shoulder rather than in the tread it will be irreparable regardless of profile .Doesn't appear from the photo that profile would have made much difference. Not enough to justify multiple hates.
Last edited: Jan 10, 2020

I don’t love the idea of the speedo being off (I’m usually right under drawing attention speed as it is). And the taller gearing effect of it all is a bit of a turnoff.
OP

Automatic datalog analysis coming soon... but I need your help!
2

How soon is to soon?!

Odd A/C Problem - Solved With Car Restart - Anyone Else?
2