Any DIY guides on replacing the horn? 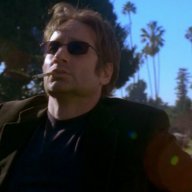 Gavnzdad said:
I remember going through the trouble of changing out the horns on my CR-V. I put 2 very loud horns in place of the stocks. I might've used them 2-3 times. Just sayin'.
Click to expand...

You're lucky - I work in a dense metropolitan area (Financial District, SF, CA) & use my horn multiple times on a daily basis.

1WickedCivic said:
You're lucky - I work in a dense metropolitan area (Financial District, SF, CA) & use my horn multiple times on a daily basis.
Click to expand...

If was me, I would just cut the factory connector off. You could always splice it back on if needed (but I don't know why you would want to ).

BTW, the posted, College Hills Honda, commented:
"This project has been put on hold for the time being for Civic applications. We may explore with some manufacturers again in the fall."
I wonder if maybe paint was getting scratched in the process.

Hey guys I installed the maxisound horns and followed my2016civic's guide. After a couple months my fuse constantly breaks any recommendations? (like it can honk like 15ish times then just breaks) 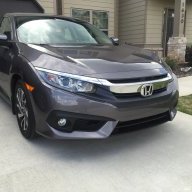 Wow. That's unfortunate! It sounds like either the horns you used are pulling too much power or you have a short somewhere in your connections. Did you use conventional low-amp horns, or one of those bigger air horns? The ones I used where the Wolo Maxi Sound 320-2T since they are 12v 7-amps so they didn't require an additional relay or higher amp fuse.

I do n not recommend using a higher amp fuse. Some may recommend this and it may fix your issue, but it can also burn your stock wires if there is still a short or high amp draw that the stock wire gauge can't handle. If you used a set of regular low amp horns, I would start by checking all your connections, make sure they are tight and not making contact with the opposing terminal (negative touching positive), etc.

davidgostbo said:
Hey guys I installed the maxisound horns and followed my2016civic's guide. After a couple months my fuse constantly breaks any recommendations? (like it can honk like 15ish times then just breaks)
Click to expand...

Did you use a relay wiring harness when you installed the horns?

1WickedCivic said:
Did you use a relay wiring harness when you installed the horns?
Click to expand...

Nope directly to the system just like in my2016civic's guide. And I have the Wolo Maxi Sound 320-2T as my horns.

davidgostbo said:
Nope directly to the system just like in my2016civic's guide. And I have the Wolo Maxi Sound 320-2T as my horns.
Click to expand...

My2016Civic said:
Thanks.. Certainly.. I'll give as much detail as I can, but I do not have any exact part numbers, sizes or gauges for the terminals since they came from an old open kit with no labels. I did try two sizes of the fork terminals (since the kit had several sizes) and found the perfect fit on the second try. So I looked around to see if I had anything that would fit and this is what I came up with. Two fork terminals, one for each side. I planned on cutting off one the prongs from each (the outer prongs), but after taking a closer look, I noticed a groove on each side of the vehicle connector (black) and the outer prong of each of the fork terminals fit just perfectly, making a snug fit. So the inner prongs made the electrical connection, the outer prongs fit into the groves to keep them securely attached. I also happened to have a pair of Piggiback M&F terminals, and used those to make the bridge between one horn and the other. Here is a picture with it all connected, just testing before making the connection to the car harness more permanent with electrical heat-shrink wrap (much better than electrical tape, but you may use that instead). So then to finalize it all, I positioned the harness and wires so that there was no pull on the connectors and they would not come loose from vibration, etc and did the heat shrink-wrap around the terminals and connectors.

Can you explain or show how you took off the bumper? I already removed all the plugs, screws, and bolts but got stuck at the clips, I don't want to break any of them.

Platypus said:
Can you explain or show how you took off the bumper? I already removed all the plugs, screws, and bolts but got stuck at the clips, I don't want to break any of them.
Click to expand...

Yeah, that can be tricky. The link in my original post is no longer valid and the CivicX site won’t let me edit the post to update the link, it just gives a “internal server error”. I've already sent an email to the CivicX Webmaster on that.

So anyawy, in case you don’t already have the step by step instructions and illustrations on how to remove the front bumper, go to the link below (Fog light install instructions) and skip to page 5, Step #13 for the front bumper removal portion. www.collegehillshonda.com/instructions/civic/2016/4dr/foglights.pdf

More specifically, the above instructions show the location of the clips on the bottom-left site of page 6. The clips do break easily if you simply try to pull the bumper off without releasing them. To release the bumper from the clips, you have to carefully pry at the spots indicated by the instructions and then pull simultaneously as you pry.

The masking tape may seem like overkill or unnecessary, but without it, the required prying will scratch the paint, so don't skip the masking tape.

everytime I honk at someone I feel like they're laughing at me. The worst horn ever.
I drink to make other people more interesting
wars are started by old men and then young men die in them
sex is a lot like pizza. even when it isn't very good, it's still pretty good

Location
so say we all

Car(s)
so say we all

There has been a couple of times where I seriously considered putting a small train horn on my car. Be my luck I'd give someone a heart attack or something. 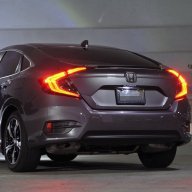 Many thanks to @My2016Civic for his guide, I used a variation on his idea for the homemade connector adapter. I set out to replace the horn with the same Wolo Maxi Sounds (even went and bought them), and ended up letting things get a bit out of hand. It started with a trip to the auto parts store to pick up the Maxi Sounds, and I ended up at the junkyard pulling the 4-note horn out of an old Cadillac Fleetwood. I had to get really creative with the placement, since there are 4 horns. Turned out to be quite the project, but completely worth it for me!

NICE!! Love the sound of your 4 tone setup!! It almost sounds like a freight train!