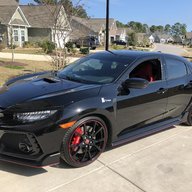 The mix was e30 and 500cc of methanol. Without methanol on e30 the car made 545whp at 26psi. At just 27 psi with methanol the car made 574whp. There was still room to go but the car is rowdy to say the least at that power level. I was absolutely not after records or max hp on this set up. Yes the motor can take way more power but the transmission can not long term. Without serious torque reduction in the first 3 gears just spin.The fact the car has toyo r888r with 265/35/18 doesn’t matter at all. It’s just way to much power. So much so that hondata traction can’t keep up at all.

The cylinder head porting was very essential to getting this kind of power on a lower boost level. It was amazing to see a 7 psi drop and a drop in ethanol content from 45 to 30 and make the same power. There was great care taken into keeping high velocity in the port to allow much better spool. Spool was reduced by 600+ rpm compared to before. This was a more impressive improvement than I thought possible especially being the car has a .92 AR turbine housing. On the stock cylinder head it was somewhat lazy but on the ported head turbo response is better even than the .72AR was on the stock head. I’ve attached some videos showing the difference in turbo response before and after the ported head.


Some of you are going to say it’s a built motor of course it makes more power. The fact the engine has sleeves, pistons and rods upgraded will not lead to a power increase. Especially when the bore size and compression are almost identical. Rotational mass is actually a small measure heavier due the size of the boostline rods and the heavy duty wrist pins included with JE Ultra pistons. Power increase comes from the cylinder head or an increase in displacement.

Those of you who don’t know I own Fk8td or known as Fk8 Tuning and Development. I’m mostly on Instagram so catch me there fk8_tuning_development .

Soon will be time for motec or syvecs ecu not because I can’t make more power on Hondata but rather power control is more difficult. 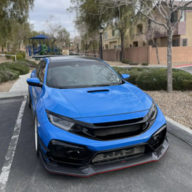 Only getting 14 PSI peak all of a sudden

Whats the max safe psi on stock turbo and block
2