Does part 6 stay in position or drop down after removing the bolt?
Click to expand...

There was two bolts on the right (down below holding the box onto a bracket) and the rubber grommet on the left. 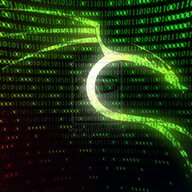 2) Do not run the vehicle without the airbox. After you've filled the trans for the first step, just loosely reinstall the airbox without bolting it back down. Let is heat up per instructions, run it through the gears, and shut it down, and remove the box. Pretty simple.


Absolutely, GREAT writeup!! Works for the 1.5t, minus any airbox mentions.