If you think it is normal, you can just ignore my concern.

However, there are more people who do not know about this.

I need to inform this to people.

None of them does not have rust problem like this.

Versa does not have rust at all.

Rogue has a tiny bit rust near the weld part.

However, my 6 months old 2017 Civic has tons of rust builded up already.

I understand there are condensation building up, however, it should not be bad like this.

If the manufactural knows about this, they have to galvanize the metal or coat with rust preventer or something.

It is up to you how you think, however, we need to fight for this.

There are more people who concerns of their health.

Honda Korea announced to remove all of the rust under the dashboard.

They got the car from USA too. I will have to take a look at mine
Links: Don't put a BOV on your car -- Oil Testing Results -- Past and Present Cars -- You don't need a catch can -- tuned reliability survey

ljw6632 said:
Hood is located outside.

The one that I took is inside of the car.

yea i know was just talking about the rust i found on a new car.

but the rust you shown is just surface rust on unpainted surface. im almost wondering if its because of moisture from the a/c ducts

The therapeutic dose for iron oxide is 3–6 mg/kg/day. That rust you're breathing in is good for you.

ljw6632 said:
Okay. You can live with the rust. But I do know want to breathe it. Period.
Click to expand...

It's actually beneficial for you...

almost every car i have owned has had rust that looks like that under the dash.

its because those parts are NOT painted so they tend to get rust over time. I have yet to ever see them rust out mainly only on the surface

That rust is totally normal.

The one concern I have is the cracked steel in the first picture.

Did you buy this car used? Almost seems like it may have been in an accident 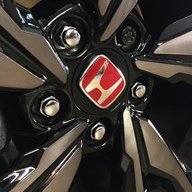 Notice how its pretty much ONLY by where the welds are? Yeah that's normal.

ljw6632 said:
I bought a brand new car and I had no accident. Thank you. I did not know there was a crack.

Holy fuk. My driver side door had another crack and I was complaining.

This car is a crap fuk,

I am going to argue with them now
Click to expand...

Yeah what the hell, can you take more detailed pictures of these cracks? 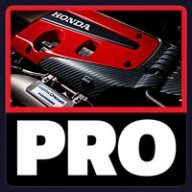 I checked my 2016 EXT and it sits outside 24/7... no rust.. I don't even see any under the car. Only on the rotors. Even the brake calipers are rust free.. I would address the cracks to Honda. The light surface rust is from hot days with your A.C. running for long periods to cause condensation. 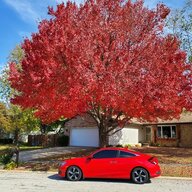 My 16 Ext is 1 and a half years old. Park in a garage. My rust doesn't seem to be as bad. Condensation from a/c makes sense to me. If your car is really hot inside and you turn on the a/c, it will form condensation. Could spot spray it with a little silver spray paint.. tap tap tapparooo

POR-15 might be better
Links: Don't put a BOV on your car -- Oil Testing Results -- Past and Present Cars -- You don't need a catch can -- tuned reliability survey

ljw6632 said:
But my car is only 5 months old. I turned my A/C on less than 20 days since I got this car. It seems your car has way less rust inside than mine even though you got your car 1 and half years ago.
Click to expand...

I guess to check it, turn on the air and see if it's condensation or something leaking. But have to wait until at least May, now.
Advertisement
You must log in or register to reply here.
Share:
Facebook Twitter Reddit Email Link

Is There A 10th Generation Civic Meet Somewhere in Sydney Australia?